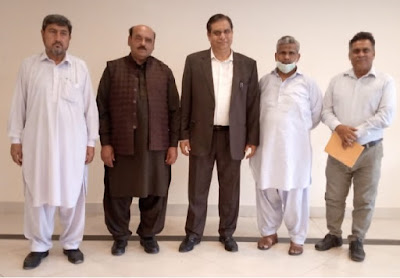 (Pakistan News & Features Services)
The National Library Association (NLA), during its Executive Committee meeting held in Karachi on March 13, has decided to organize felicitation ceremony for Asma Hassans book Mayar-e-Zindagi, later this month.
After deliberations, the NLA has chosen to hold the ceremony in the last week of March with its date and venue to be finalized during the next couple of days.
The NLA office-bearers unanimously reckoned that Mayar-e-Zindagi, being such a nicely written book, deserves a big audience and they would prefer to hold the felicitation ceremony in a befitting manner. 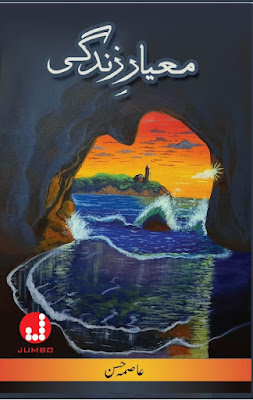 We are honoured to be provided an opportunity to engage into such kind of activity and we desire to make it count. We are grateful to the management of Jumbo Publishing for having accepted our request and we will finalize the date with mutual consent shortly, Muzaffar Ali Shah, President, NLA, announced.
The NLA Secretary General, Anwar Hussain, praised the content of Mayar-e-Zindagi as the meeting was also attended by Muhammad Younis Hashmi and Mahmood Sultan besides Syed Khalid Mahmood, a member of the Associations Advisory Committee.
It may be recalled that the Library Promotion Bureau (LPB), one of the oldest non-governmental organizations of the country, had organized the first felicitation ceremony of Mayar-e-Zindagi last October while the book, authored by the promising Lahore-based writer Asma Hassan, was launched by the Karachi Press Club at their auditorium a couple of months later.
Mayar-e-Zindagi is being promoted as Dream Book by Dream Team by Jumbo Publishing and it has been hailed as one of the best books of the recent times. The hardbound book is available at a retail price of Rs 495 in Pakistan and it can be ordered online as well.