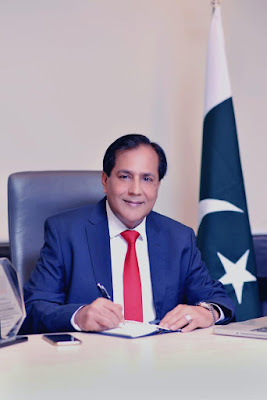 Mian Nasir Hayatt Maggo, the presidential candidate of the Businessmen Panel in the Federation of Pakistan Chambers of Commerce and Industry (FPCCI), for the upcoming annual elections of 2021, has expressed his full confidence over group’s victory as they have received overwhelming support from chambers and other trade bodies from all over the country.
Prior to his statement, the group had already won two seats of vice presidents, Farzana Ali Ahmed from Womens Chamber and Nasir Khan representing Balochistan Chamber. Both the candidates won the election unopposed.
The rival panel United Business Group (UBG) was jolted earlier when its four stalwarts including its spokesman and veteran business leader Gulzar Firoz and its presidential candidate Khalid Tawabs son Ibrahim Tawab were declared illegal and barred from elections. They cannot vote in the elections.
The BMP is being led by Mian Anjum Nisar, who is also FPCCI President for 2020. The other contestant group is the United Businessmen Group (UBG) led by the veteran S M Muneer. The elections are scheduled to be held on on December 30.
Nasir Hayat Maggo, highlighting BMP’s performance in the year 2020, remarked that the FPCCI President, Mian Anjum Nisar, along with his team of officer bearers, and other leaders of his group had been playing their best possible role from the platform of this apex trade body of the country for the resolution of the issues facing trade and industry , and for getting maximum incentives and facilities for them to boost industrial growth and exports.
Despite difficult situation emerging after the outbreak of COVID-19 pandemic, the industry sustained and the exports witnessed significant increase in 2020. This could be possible due to continued efforts and pursuance by BMP leadership that the government came up with the bailout financial packages for the industry and businesses to absorb the shocks of COVID-19.
Besides these packages, he added, the BMP struggled to get the power tariff for the industry rationalized, the policy rate (interest) reduced by five percent. Huge financial package for the housing and construction sector was prominent among the government relief lobbied for by BMP leadership, he said.
He narrated that the BMP leadership had also been very actively engaged with the federal and provincial governments in formulation of the policies on trade and industry including the annual budgets making.
Nasir Hayatt Maggo is a well-experienced business leader rendering meritorious services for the promotion of trade and industries.
He resolved that, after his election as president FPCCI, he would make the best and the most effective use of the institution for promoting trade and industry, and local and foreign investment.
Strongly believing in team work and co-existence, he would ensure maximum participation of the business leaders representing different chambers and associations of the country besides FPCCI in the struggle for economic prosperity and development of the country, along with welfare of the business community.