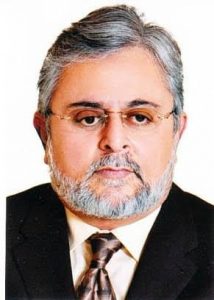 Chairman Businessmen Group (BMG) & Former President Karachi Chamber of Commerce & Industry (KCCI) Zubair Motiwala, while appreciating ECCs endorsement to Rs739 billion Karachi Transformation Plan (KTP), stressed that although KTP covers some desperately needed projects for Karachi but the extension of Lyari Expressway and Northern Bypass must also be included in KTP which would help in effectively dealing with the frequent traffic congestion issue being suffered by Karachi. The Lyari Expressway and the Northern Bypass have to be extended in such a manner that both these projects start from within the port premises and exit to a faraway location at the highways, he added.In a statement issued, Zubair Motiwala pointed out that the Lyari Expressway, which is currently incapable of bearing the burden of heavy traffic, has to be reinforced and made strong enough so that the heavy vehicles are able to utilize this essential artery round-the-clock. The Lyari Expressway, which is around three kilometers away from Karachi Port and the Northern Bypass which is also too far from the port, cause severe traffic jams at the Mauripur Road and several other roads, hence both these arteries must start from within the port premises so that heavy traffic could utilize them for their journey to the upcountry without touching or damaging any road of the city, he added and suggested that the extension for Lyari Expressway and Northern Bypass could be titled as Karachi Bypass.He noted that the Lyari Expressway currently exits at an unsuitable location within the city at Sohrab Goth which results in creating severe traffic congestion at Shahrah-e-Pakistan and all other nearby roads therefore, the expressways exit point has to be extended and shifted to a far-off location near Karachis tool plaza. This is a very crucial project that deserves special attention.

He pointed out that although Greater Karachi Water Supply Project (K-IV), settlement of displaced persons in flats to ensure clearance of nullahs and rivers, Green Line BRT, Karachi Circular Railway and railway line freight corridor from Karachi Port to Pipri have been included as major projects in KTP but other important projects including complete reconstruction of all roads, sewerage system, storm water drainage network, uninterrupted water supply to residential and industrial consumers, infrastructure development of industrial areas and setting up a dedicated area carrying sector-wise facilities for export oriented industries must also be prioritized so that Karachi could actually be transformed.Water is the first and foremost requirement and a matter of grave concern for the city as we are discharging sweet water into the sea by not building further reservoirs and projects to divert the sweet water to the city of Karachi. K-IV, which is of utmost importance for Karachi, has been lingering on and pending since many years.

Due to water scarcity, the industries and also the value added industries exporting goods are feared to shut down, Zubair Motiwala said, The most important project for Karachi is K-IV which must be taken up on top priority and KCCI would be more than happy to be part of this project at any and every level.All the infrastructure development projects must be prioritized while a committee with all stakeholders on board has to be formed to review the progress and quality of work of all the development projects otherwise, many of these projects may not see light of the day and we fear that the completed projects would be of low-quality which will not even be in a position sustain torrential rainfall as seen in the past when the Monsoon seasons extraordinary rainfalls completely destroyed the citys infrastructure, he added.For the betterment of Karachi, Chairman BMG stressed the need to incorporate KCCIs representatives on the Boards of K-Electric, Sui Southern Gas Company (SSGC), Port Qasim Authority, Terminal Operators, City Government and all other institutions which were either dealing with or affecting the business & industrial community so that the consumers themselves could effectively highlight issues and suggest solutions at the Board meetings which would surely help in improving the performance of all the institutions and prove favorable in making Karachi a perfectly livable city.Zubair Motiwala said, We commend the decisions of the federal and provincial governments and it was heartening to see that they have finally started discussing Karachi and its problems.

Although these problems are decades old and in the near history, due attentions has not been given to Karachi compared to the kind of delivery by this city in terms of exports which is 54 percent of the total exports, 68 percent plus FBRs collections and more than 90 percent provincial tax collection through Sindh Revenue Board which have never been considered as the barometers for support.We assured the Prime Minister and the Chief Minister Sindh that if this country is helped and is brought out of the critical condition and an enabling and conducive working atmosphere is provided, I can assure that Karachis 54 percent exports can be converted into 75 percent. Similarly, the tax collection would also rise at the same pace and this would actually be the savior for economy of Pakistan, he added.