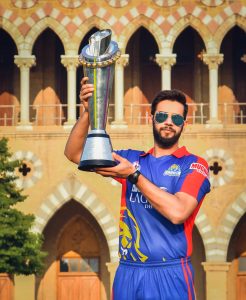 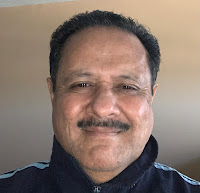 Sharjeel Khan, Babar Azam, Alex Hales, Chadwick Walton, Iftikhar Ahmed, Sherfane Rutherford, Imad Wasim, Umaid Asif, Mohammad Aamir, Waqas Masood and Arshad Iqbal.
This was the playing eleven of Karachi Kings which overpowered Lahore Qalandars in the final of the Pakistan Super League (PSL-2020) at the National Stadium, Karachi, on November 17.
The social media as well as the more conventional media of newspapers, radio and television hailed it as a victory for Karachi whereas there was not a single player belonging to the metropolis taking part in the final.
The marketers, for commercial reasons, had billed it as a Karachi-Lahore final to arouse greater interest in two of the largest cities of Pakistan which also happen to be the biggest nurseries for cricket in the country.

These two cities, undoubtedly, have produced the highest number of international cricketers and the healthy rivalry between the two powerhouses is understandable. But was the PSL 2020 title clash really a battle between Karachi and Lahore? Absolutely not!

It was nothing more than a gimmick to be honest. It was more a case of names of the top two cities of the country were being exploited just for the sake of commercialism.
The organizers and the promoters of the T20 leagues all over the world need to do little justice to the name of the cities which they use to make the contest a real one instead of letting it become a fake one.
The controlling bodies like the International Cricket Council (ICC) and its member boards of respective countries should formulate a law to ensure local participation just as they regulate matters relating to restricting the number of overseas players.

It has become a norm in every T20 league that no more than four overseas recruits are allowed to be fielded by a franchise in the playing. Similarly it should be made mandatory to have a minimum of four players belonging to the city whose name is being used.

This will help in generating greater interest among cricket fans. It would have made a world of difference if Karachi Kings had fielded at least four cricketers from Karachi in the PSL final.
These players will have made it look like a Karachi outfit rather being a team of mercenaries having assembled under the banner of Karachi. Isnt it a joke that not a single player belong to the city was playing for Karachi Kings in the final which was being branded as Karachi-Lahore final?
The administrators of the game should look into this matter instead of leaving it to the franchises themselves. And I dont think anything less than imposing a clause in the playing rules will help do it!
There will be multiple benefits of encouraging local participation which includes financial returns. People of the city will be much more attracted to their team if they knew it having local stars performing in the show.
Hopefully the concerned authorities will make a note of it as they continue searching for ways and means for improvements. T20 leagues, by the look of things, are here to stay for a long time.
The post T20 franchises should be made to field local players compulsorily appeared first on skm-sports.blogspot.com