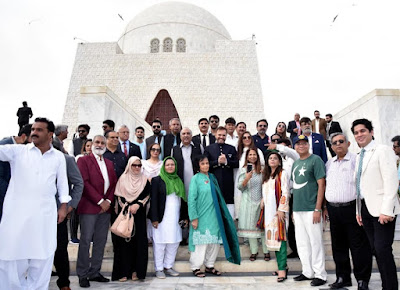 The Rotarians in Pakistan continued the tradition of celebrating new Rotary year by visiting the Mausoleum of Quaid-e-Azam Muhammad Ali Jinnah as a formal ceremony was held in Karachi on the morning of July 1 to mark start of the year 2021-22.
A large number of leaders of Rotary Internationals District 3271, featuring Pakistans provinces of Sindh and Balochistan paid respects to the Father of the nation and Fateha was offered at his grave in the presence of the smartly turned up naval guards.
Aftab Imam, the incoming District Governor, led the gathering and he was accompanied by a few of his predecessors like Jahangir Moghul and Owais Kohari, 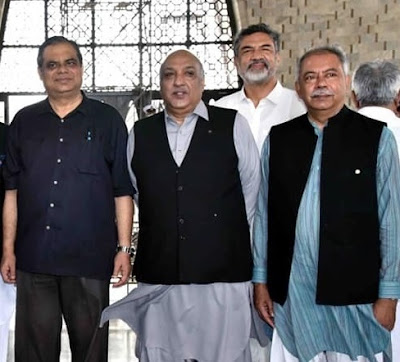 besides the incoming Presidents and other office-bearers of different chapters of Rotary clubs.

The Rotary dignitaries also visited the adjoining museum where they took keen interest in belongings of Quaid-e-Azam Muhammad Ali Jinnah, under whose leadership Pakistan had emerged on the world map as an independent country on August 14, 1947.

Later, a breakfast meeting was organized by one of the Rotary members at his residence in Bahadurabad which was also attended by a large number of fellow Rotarians.
Speaking on the occasion, Governor Aftab Imam spoke about the significance of the famous Four-Way test of Rotary which, in his opinion, was most relevant in serving the humanity.
Former Governor Jahangir Moghul, who had led the District with great enthusiasm and energy in 2015-16, was of the opinion that maximum number of projects should be carried out by Rotary clubs in their respective communities to make their presence felt on the scene.