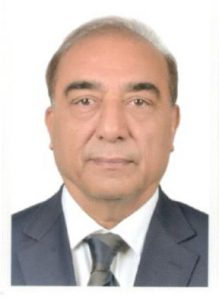 President Karachi Chamber of Commerce & Industry (KCCI) M. Shariq Vohra and President Karachi Customs Agents Association (KCAA) Wasiq Hussain Khan have expressed deep concerns over the awful state of Native Jetty Bridge which, if not promptly addressed, may anytime result in completely collapsing all the import-export operations of the country as this important bridge was the only source that connects Karachi Port with the city and the result of the country. These concerns were expressed at a meeting during the visit of KCAA delegation to KCCI which was also attended by Senior Vice President KCCI M. Saqib Goodluck, Vice President Shamsul Islam Khan, General Secretary KCAA Mahmood ul Hassan Awan, KCCI and KCAA Managing Committee Members.KCCI President and KCAA President appealed the government to look into the serious issue of dilapidated road infrastructure near Karachi Port which has to be improved on top priority as any delay in dealing with this serious matter would not only affect Pakistans trade but would also have a serious impact on the countrys economy. Road infrastructure at Port Qasim is also not an exception as the situation at that port is also really worrisome, he added.

Shariq Vohra said, It is really unfortunate that Karachi Port remains functional for hardly eight hours a day due to ban on movement of heavy vehicles which happens nowhere as the ports around the world remain fully operational round the clock. We fully understand the traffic related issues in Karachi but disallowing the movement of heavy vehicles for so many hours every day was not the right solution hence, the government will have to pay attention to KCCIs logical demand to construct an elevated corridor exclusively for heavy vehicles which could connect Karachi Port with the highway without touching any road of the city, he added. He also underscored the need to make collective efforts in dealing numerous ports and shipping related issues which have been pending since last so many years, particularly those being created by the shipping agents and terminal operators. He was of the opinion that most of the hardships and issues being faced by the stakeholders were due to lack of proper legislation hence, it has become inevitable to approve the much-awaited legal framework for regulating shipping lines and terminal operators etc. which has been pending since many years. He further underscored the need to create a strong liaison between KCCI and KCAA so that the clearance related issues either being created by terminal operators or Customs could be taken up on top priority and amicably resolved. As KCCI is ready to play its part in facilitating trade, KCAA must also maintain close liaison with this Chamber and give its valuable inputs for resolving issues as it is the KCAA which holds an ocean of knowledge because of its wide interaction and scope. It will be a success, If I succeed in getting at least 4 to 5 major issues resolved during my tenure at KCCI which have been pending since long, he added.

Speaking on the occasion, KCAA President Wasiq Hussain stated that KCAA has been constantly demanding to establish Shipping Regulatory Authority but the legislation for setting up this Authority lies unattended at the Senate of Pakistan. Due to lack of this crucial Authority, both the importers and exporters remain totally unaware of who to be approached for assistance in case they have any complaint. He said, We also face numerous issues because of terminal operators who start charging demurrage from the date of arrival of the ship by totally ignoring the rule that allows five free days before the implementation of demurrage. In addition to grounding issues, there are a host of other issues which have to be taken up and resolved in consultation with all stakeholders, he added. General Secretary KCAA Mahmood ul Hassan Awan, in his remarks, also stressed that the Karachi Chamber will have to work closely with KCAA as KCAA alone cannot achieve the desired objectives. Shortage of workforce at the Customs was another serious problem that requires attention as the work, which needs to be done by at least ten individuals, is currently being done by only two Customs Officials which delays the overall clearance process and intensifies the hardships for traders. Delay in clearance of goods which goes up to 10, 15 and even 25 days, causes huge financial losses to traders who find their survival at stake due to high cost of imported consignments, he added while citing a few examples in which additional amounts in between Rs.100,000 to Rs200,000 were paid to the port and around Rs500,000 were charged by shipping lines on account of demurrage and detention charges only because of the delays by Customs officials.

← Karachi Administrator said that CSS is a tough exam and the candidates must have vast knowledge
Guiding light of national media: Unbelievable and incredible are behind the scene role models of media in Pakistan →