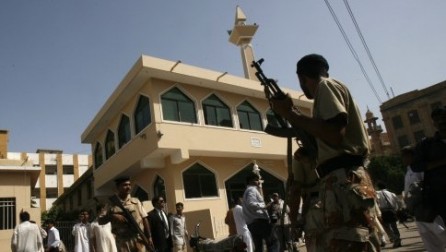 Security was beefed up around the City Court after bomb threat was received by unknown people on Saturday, officials said.

According to police, some papers were found from the court premises which were inscribed with the threats of bomb blast.

Police rushed after being informed by the Karachi Bar Association and cordoned off the area. Every visitor was strictly checked at the entrance and exit points of the court.(The Nation)