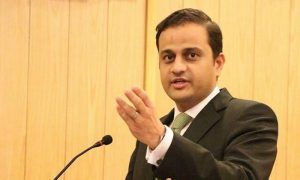 The Sindh Environmental Protection Agency (SEPA) during its campaign of inspection of vehicles at various busy places and roads of the city during the last two months found that 22% of the vehicles were violating the provincial environmental law, which were penalized on the spot through Traffic Police.

On the directives of Sindh Government Spokesman and Sindh Chief Minister’s Adviser on Law, Environment, Climate Change, and Coastal Development Barrister Murtaza Wahab, SEPA is constantly monitoring small and large vehicles plying in the city.
In October and November, a total of 729 small and large vehicles, including buses, cars, wagons, rickshaws, trucks, trailers, and suzukis, were inspected by SEPA teams in all districts of Karachi led by Engineer Sada Bakhsh, in-charge of environmental monitoring of vehicles. Out of them, 161 vehicles were found to be emitting smoke beyond the Environmental Quality Standards of Sindh.
The places where vehicles were checked include Jail Chowrangi, Gurmunder, Drig Road, Post Office, Napa Chowrangi, Clifton, Tin Hatti, KDA Chowrangi, Karimabad, Safora Chowrangi, Qayyumabad, Shaan Chowrangi, Tariq Road, Singer. Chowrangi, Shah Faisal Colony, Karachi University, Hassan Square, Old Sabzi Mandi, Islamia College, 4K Chowrangi, Serena Chowrangi, Golimar Chowrangi, Lasbela, Defense Mor and Qayyumabad.
During the inspection, carbon monoxide and hydrocarbon were specially checked in the smoke emitted from the vehicles, and the amount of these gases was found to be high in the emissions of 161 vehicles which were penalized to the tune of Rs161,000 with the help of traffic police.