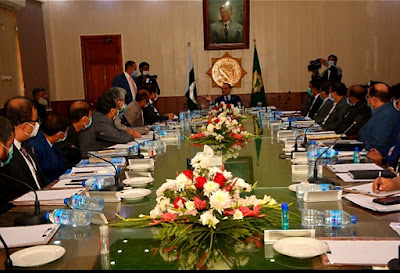 The newly inducted Minister for Railways, Muhammad Azam Khan Swati, has called for utilizing all resources to overcome losses and transforming the organization into a profitable entity.
He was chairing a meeting at the office of Divisional Superintendent, Karachi, which was attended, among others, by the CEO of Pakistan Railways, Nisar Ahmad Memon, Additional General Manager (Traffic) Syed Mazhar Ali Shah, Divisional Superintendent Karachi, Arshad Salam Khattak, Project Director RBOD, Riaz Laghari, besides other officers.
The minister was given a co 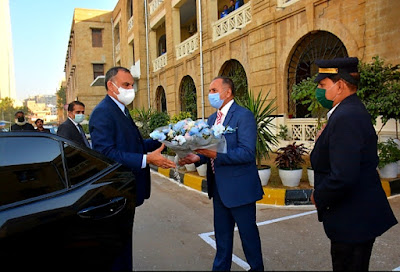 mprehensive presentation by the Divisional Superintendent Karachi regarding the division’s performance with special focus on freight service and revival of Karachi Circular Railway besides the ongoing court cases particularly of encroachments and relevant matters.
Railways should retain an unlimited potential which, if utilized properly, can usher the organization into a new era of economic prosperity and vitality, the minister remarked while emphasizing the officers to demonstrate relentless devotion to their duties.
He urged for continuous improvement in their working, punctuality in respect of passenger trains which, he added, would improve the public image the Railways.
He called for greatly focusing on the attainment of given fiscal targets as being their central objective and said whole-hearted efforts be made for accomplishment.