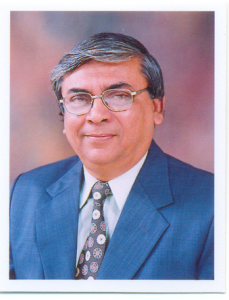 Seldom in our whims and fancies, hearts and feelings, eyes and vision, talks and tales do we have some such unheard and unheeded females dragging and laboring helpless and hapless from dawn to dusk in wretched human conditions as sole bread-earners of a big family each.
Walking long early morning and returning hard late evening for little livelihood from slums to posh of Lahore, Karachi, Pindi-Islamabad, Quetta and Peshawar are mother, daughter, sister like maids: Bakhtawars, Ranis, Erums, Zainabs, Marias, Kulsooms, Roshans, Gulshans, Aneeqas and alike.
However, the educated, cultured and selfless philanthropic females have a different story of endurance and sacrifice to attribute. Among them are Late Maisoon Husain, DAWN and Late Ayesha Haroon, THE NATION, are journalist role models in rising over and above self, sacrificing heart and soul for the less privileged.
Indeed there could be no better example than Begum RanaLiaquat Ali Khan pioneering womens welfare through APWA (All-Pakistan Womens Association) and holding astutely ambassadorial positions for Pakistan at the international level.
Lady with a lamp, Florence Nightingale, a British nurse, shines in caring for the wounded of the Crimean War. Exemplary Mother Teressa, Calcutta served humanity irrespective of cast, color or creed. Dr. Ruth Pfau, Marie Adelaide Leprosy Centre, Karachi, set a model and legacy of medication, hospitalization and rehabilitation.
Many such educated and enlightened females work quietly, humbly, selflessly and sacrificially for the poor, weak, ailing and without being seen or noticed. But back to the walls and to the endeavors of the exploited females struggling, toiling, laboring and sweating for peanuts of pay to support a large family alone.
May our illustrious and worthy policy-makers at the helm of affairs, Government and NGOs, private and public sectors, especially, educated and enlightened women who help helpless females, take positive and practical steps for the dignity of labor of laboring women ensuring better, pay, mobility and security for them and their families!