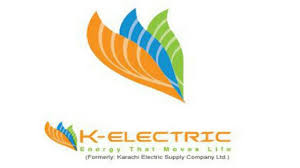 K-Electric (KE) held its 110th Annual General Meeting (AGM) for FY 2020. With the on-going COVID-19 pandemic, the AGM was hosted virtually. The meeting was chaired by Shan Ashary, Chairman of the KE Board, with Moonis Alvi, Chief Executive Officer, KE also in attendance, along with Aamir Ghaziani, Chief Financial Officer, Rizwan Dalia, Company Secretary & Chief People Officer and other members of the Board and KE leadership.

Shareholders were briefed about prevalent challenges such as the COVID-19 lockdown, continuous accumulation of outstanding net receivables from government entities (over PKR 80 billion on principal basis, as of September 30, 2020), increased finance cost (up by 166%) and the resulting distressed working capital situation.

Before the COVID-19 lockdown, KE showed strong operational performance and upto March 20, 2020, recorded 3.1% growth in units sent-out, with around 2% points improvement in T&D losses, compared to the same period last year. However, significant drops in consumption by industrial and commercial consumer segments, load-shed exemption to high-loss areas and inability to carry-out theft detection activities, adversely impacted the sales mix leading to an overall increase in T&D losses. (FY 2020: 19.7%; FY 2019: 19.1%) along with significant decline in units sent-out in the last quarter, recording an annual growth of 0.5% in units sent-out (FY 2020: 17,787 GWh; FY 2019: 17,697 GWh). These factors along with a significant increase in finance cost, resulted in PKR 2.96 billion net loss, compared to PKR 17.3 billion net profit in the preceding year.

During FY 2020, despite the lockdown, KE invested over PKR 55 billion across its energy value chain. Construction of the 900 MW RLNG-fired BQPS-III is being pursued on fast track basis. Further, with the objective of enhancing transmission capacity and improving overall network reliability, KE has completed over 94% of the TP-1000 project.

KE has also converted over 9,000 Pole Mounted Transformers (PMTs) to Aerial Bundled Cable (ABC). This has enabled the Company to significantly reduce T&D losses and benefit consumers through reduced load-shed. KE has continued to invest in technology, including installation of Automated Meter Readers (AMRs) at PMT level and implementation of a Meter Data Management System (MDMS), which will provide greater visibility into network performance.

In FY 2020, ‘Project Sarbulandi’ was launched. This project is aimed at improving network health, providing a safer environment, network upgradation through installation of ABCs, load-shed reduction, and upliftment of areas through community engagement activities. Project Sarbulandi, to date, has managed to positively impact over five million inhabitants, through the conversion of over 1,000 PMTs to ABC and provision of low-cost meters to over 100,000 customers.

As part of a diversification strategy, KE has incorporated a wholly owned subsidiary, KE Venture Company (Pvt) Ltd (KEVCL). KEVCL will be a holding company for different initiatives taken by the Company in the energy sector. Initially, the subsidiary will explore investments in renewable energy. Another wholly owned subsidiary, K-Solar, has been incorporated under KEVCL. K-Solar will specialize in Distributed Generation. In addition, 150 MW solar IPPs at Vinder, Uthal and Bela are going to be developed as joint ventures under KEVCL.

Shareholders were also apprised of the Company’s planned investments of USD 1.5 billion over the next three years, spread across the entire power value-chain. This includes expeditious completion of BQPS-III, along with setting up of new grid stations for power oﬀ-take of upto 1,400 MW from the National Grid by 2023. However, sustainable resolution of the government receivables issue and timely approvals by NEPRA remain critical to the execution of these investment plans.