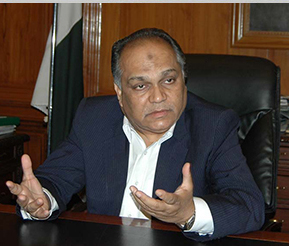 The business community expressed serious concern over the energy crisis in a meeting with Mr. Shoaib Ahmed Siddiqui, Commissioner Karachi on his visit to the Federation of Pakistan Chambers of Commerce and Industry (FPCCI). While welcoming the Commissioner Karachi Mr. Muhammad Ali, Acting President FPCCI highlighted the problems being faced by the business community due to lack of infrastructural facilities, power crisis and law and order situation in Karachi.

He stated that the business community has been left at the mercy of the law breakers causing great panic in the business markets. He further emphasized on the need for frequent interaction with the Commissioner Karachi to overcome the problems particularly with respect to infrastructure. The main issues which came under discussion were water crisis, traffic congestion, load shedding, security, cleanliness, pollution and early completion of the under construction bridges particularly Lyari Express Way.