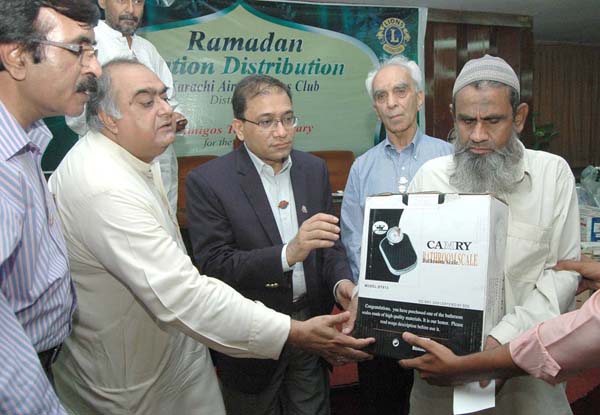 DCO Karachi Mohammad Hussain Syed has announced exception of rent payment for blind people if they install their weight, French fries or pop corn machines in any park of City District Government Karachi.

He said that special persons were important part of our society; therefore we should make joint efforts to help solve their problems. City government was also taking all possible measures to provide facilities to disable and blind people.

DCO Karachi said it is good to see that the blind people had a desire to earn their living rather than be a burden for the society. He called it a positive step by Lions Club to provide the ration and other things to blind people in the holy month of Ramazan.District Governor 305-S3 Lion Muhammad Asad Kath, President Karachi Airport Lines Club Saeed Jumani, Lion Shoukat Shafi and other office bearers of Lions Club also spoke on this occasion…