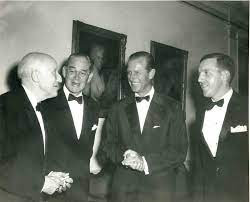 Aziz Memon, President, English Speaking Union of Pakistan (ESUP), has condoled the death of Prince Philip, Duke of Edinburgh, who remained President of the English Speaking Union of the Commonwealth from 1952 to 2011. He died on April 9, just a couple of months before his 100th birthday.
Prince Philip was a staunch supporter of charity work, writing frequently and attending events at both Dartmouth House and venues across the globe on our behalf. Our public speaking competition, now the largest such competition for schools in England and Wales, came about as a direct result of a speech he had delivered in 1960, Aziz Memon, having recently been elected as Vice President of the English Speaking Union (ESU) International for a term of next couple of years, recalled in statement shared with PNFS.
There are bound to be winners and losers in any contest but I hope that all the competitors will go home with respect for their opponents and with the realization that different opinions are no bar to lasting friendships, Prince Philip was famously quoted to have observed during his speech at the World Schools Debating Championships, in which the ESU was involved, in 1991. 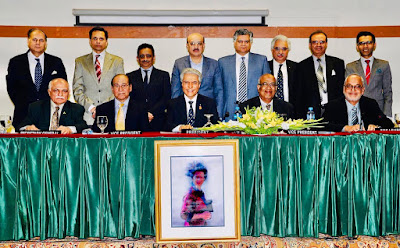 With the above comments he had encapsulated the whole purpose of the ESU and we consider ourselves deeply honoured to have enjoyed his lifelong support, Aziz Memon complimented.

Prince Philip was also a known sports enthusiast, having helped develop the equestrian event of carriage driving. He was a patron, president or member of over 780 organizations, and he served as chairman of The Duke of Edinburgh’s Award, a self-improvement program for young people aged 14 to 24.
He was the longest-serving consort of a reigning British monarch and the longest-lived male member of the British royal family. He had retired from his royal duties in 2017, at the age of 96, after having completed 22,219 solo engagements and 5,493 speeches since 1952.