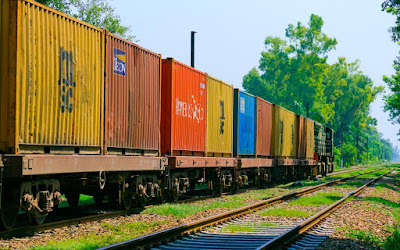 Much in line with the envisaged doubling of freight revenue by incumbent federal minister of Railways, the different freight-related parameters have shown upsurge during the last three months (February to April) this year.
Multiple indicators have climbed to unmatched levels thereby ensuing significant increase in freight business of the department. Pakistan Railways concluded a record loading of containers in February 2021 as it loaded an unprecedented number of 4,532 containers for up country transhipment at its different terminals in Karachi.
The federal minister for Railways, Muhammad Azam Khan Swati, it may be recalled, had twice visited all the container loading terminals in the port city and directed for their upgradation to the state-of-the-art level so that they could not only give an outlook of business hubs but generate significant chunk of revenue also.
The month of March was a historic one for Pakistan Railways as its freight earnings climaxed to all-time highest figure of Rs. 2.221 billion surpassing the previous highest of Rs. 2.1 billion in October 2019. The department had also loaded maximum number of wagons 21,766 crossing the previous maximum of 21,470 achieved in October 2019. 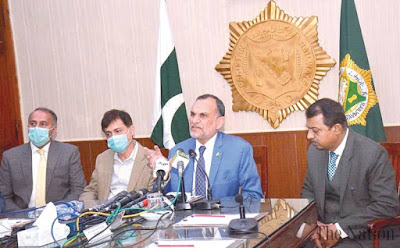 The Yousufwala-destined freight trains are the hallmark of Pakistan Railways’ coal-laden trains as almost 4 trains per day, each comprising 40 wagons, are dispatched to Yousufwala cumulatively carrying 9,600 tonnes of coal.
The department attained the highest per day loading figure of 392 wagons in March and operated 138 trains in entire month that stood second to that of relevant statistics in July 2018. The overall loaded 11,044 wagons for Yousufwala trains lagged behind only to that of 12,000-mark attained in July 2018.
The Railways minister had directed rehabilitation of all the out-of-service wagons standing in the yards, at the earliest, so that maximum rolling stock could be utilized. He had also advised the concerned officers for preparing a comprehensive business plan that must entail an increase in number of freight trains and fiscal targets.
The magical figure of loading 20,000 wagons in a month is an unusual feat as Pakistan Railways has achieved this milestone only twice, in October 2019 and March 2021. The department has replicated that number in April also by loading 20,385 wagons at an average of 680 per day. The minister had sternly directed that loading of fewer than 20,000 wagons in a month was unacceptable and all efforts be made to cross that figure.