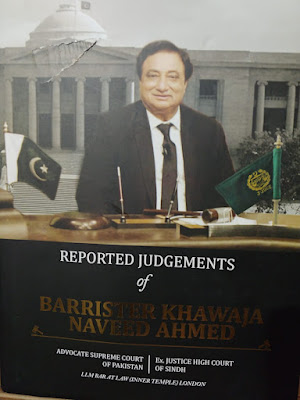 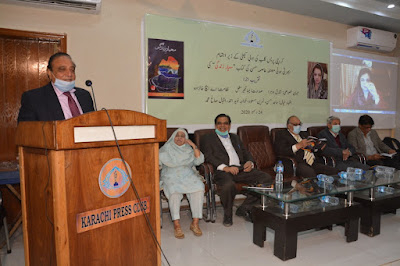 It was in October 1974 when Khawaja Naveed had started his career as an apprentice advocate under the tutelage of Barrister Hassanally A Rehman, who was one of the leading lawyers on criminal side of law of his time. Since 1979, more than 100 competent and accomplished juniors and associates worked with him while some of those juniors rose to the heights of legal profession and became big names in their own right.

He himself held top lucrative posts when he was in the fast lane of his profession as a leading criminal lawyer of Karachi and appointed as Advocate General Sindh in October 2007 and almost a month later he was elevated as the Judge of High Court of Sindh on November 3, 2007. He was entrusted with the responsibility of Chairman of Human Rights Committee for five years and also elected Senior Vice-President of Supreme Court Bar Association in 2007-08. 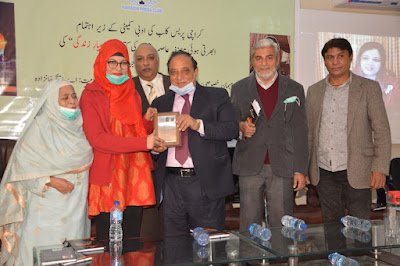 The Supreme Court Bench of 14 Judges appointed him as President of the SC Bar Association for one and a half year when the presidential election was challenged by Munir Malik in Supreme Court.

According to Barrister Khawaja Naveed he has touched upon almost every subject of law while deciding the cases brought before him as Judge of SHC and hoped that readers of his book, especially lawyers would find them interesting and beneficial.
As a lawyer, he conducted landmark cases which have been reported in the book, especially when he was engaged by the accused of high profile August 22 firing case at the MQM camps in which 22 people were murdered which dragged for as long as 11 years. 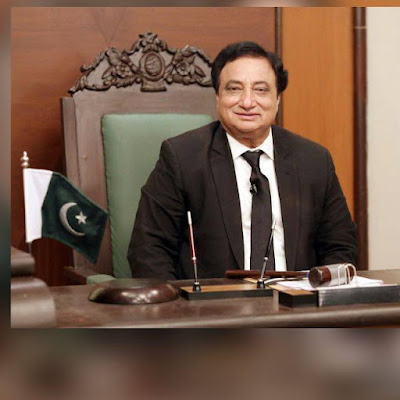 In between, Shah Bunder case in in which Murtaza Bhutto and many other were accused and later in September 1996 Murtaza Bhutto was murdered. As Murtaza Bhutto case was being heard, he became part of defence team of another politically high-voltage case of PIA plane hijacking which led to General Pervez Musharrafs rise to the power. Another accomplishment for him pertained to Daniel Pearl murder case.

His television show Khawaja Naveed Ki Adalat became a household name and it ran successfully for five years. It was an educational programme in which legal matters were explained to viewers. In the most terrific Tarannum murder case and red hair beauty case, he was the only lawyer whose story, released by APP, was published in leading English daily Dawns back page and showed Khawaja Naveed coming out of court after declaration of judgement.
He has been writing columns and articles for some of the leading newspapers including Daily Ummat, Express and Jang for many years. He is the only lawyer in Pakistan having been invited as keynote speaker by the Harvard Law School in 2012 where he gave a 45-minute speech. His thought-provoking and entertaining speech, during the launch of Asma Hassan’s book ‘Mayar-e-Zindagi’ at Karachi Press Club last December, had captivated the audience.
Possessing jolly nature, Barrister Khawaja Naveed gained more popularity, as during hearing of cases he used to make people laugh by making witty but relevant remarks about the facts of the cases.
As I am about to complete five decades in this profession, I still feel that my career is not yet finished and I have miles to go, he concluded.

← Survival kit for the earthquakes
AKU, Duke University collaborate to train next generation of leaders in non-communicable disease research →