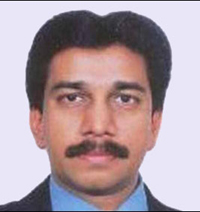 Protests erupted this morning after the arrest of former member of Sindh Assembly Nadeem Hashmi in the murder case of 2 police personnel.

According to Radio pakistan people took to streets and forced the traders and schools to close down businesses in the city.

The transport alliance has also announced to keep the transport off the roads in the city today.

Incidents of violence have been reported from Hyderabad‚ Sukkur‚ Mirpur Khas and Tandu Allah Yar.