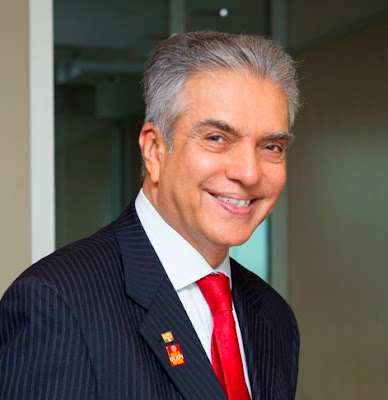 The widely respected figure of Aziz Memon, an eminent entrepreneur and philanthropist, earned another singular honour as he has been elected as Vice President of the English Speaking Union (ESU) International for a term of next couple of years.
According to the results of recent election, declared by Jane Easton, the ESUs Director General, Jonathan Callund from Chile has been elected as the President while Aziz Memon from Pakistan was elected as the Vice President.
Aziz Memon has become the first Pakistani to be elected to this coveted post of the international body. He has been heading the Pakistan chapter of the ESU for the past six years.
The ESU, an educational charity, was founded on June 28, 1918 at the initiative of an English writer and journalist, Sir Evelyn Wrench. During its long history, the ESU has played an important part in fostering cultural links between people of different nationalities.
The original ties between Great Britain, the United States of America and Commonwealth countries have, in recent decades, been extended to most countries throughout the world. It is an independent, non-political body, operating with the support of many distinguished public figures. Corporate members support the ESUs activities through sponsorship of individual awards and events. 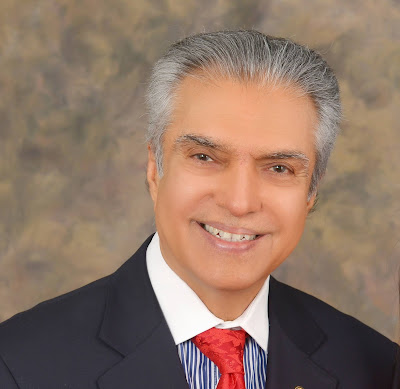 The mission of the ESU is to promote international understanding and human achievement through the English language. These aims are achieved through scholarships, awards, debating and public speaking competitions that encourage speaking skills and a variety of educational programmes for young people from all over the world. School children, students and young professionals are their main focus while the centre of their activities happens to be the international headquarters at Dartmouth House in London, which not only manages the international programmes but also provides advice and support for ESU, both nationally and internationally.

Besides Aziz Memon, who heads the ESU in Pakistan, its other prominent members are Ahmed Jaffer, Gen. Atiq-ur-Rehman, Dinshaw Avari Sr, Kader A. Jaffer, Behram Avari, Shahid Hamid Maj. Gen. (R) Ali Masood Akram, Hussain Haroon, Shahida Jameel and Jahangir Moghul.
A recipient of the prestigious President of Pakistan Pride of Performance Award, Aziz Memon has been recognized by USA Congressman Hon. Daniel M. Donovan while also receiving Louis Pasteur Medal by Pasteur Institute, France.
Having served the Rotary cause with tremendous selflessness and intense compassion for decades, Aziz Memon was selected by acclamation as Rotary Foundation Trustee for a period of four years starting from July 1, 2020. It had taken 92 years for a Pakistani to acquire a position on the Rotary Board of Trustees.
He has worked particularly hard to eradicate Polio from Pakistan as Rotarys International PolioPlus Committee member and Chair of National PolioPlus Committee. He has played a pivotal role in restricting the transmission of polio virus through myriad interventions, which also include the provision of safe drinking water to the residents of low-lying areas in the form of solar water filtration and reverse osmosis plants.